Several U.S. cities ban cat declawing except for therapeutic reasons, and so do a majority of Canadian provinces. The practice is also banned in dozens of countries. After New York banned the procedure, more than 2,000 of our readers and Facebook fans gave us an earful. 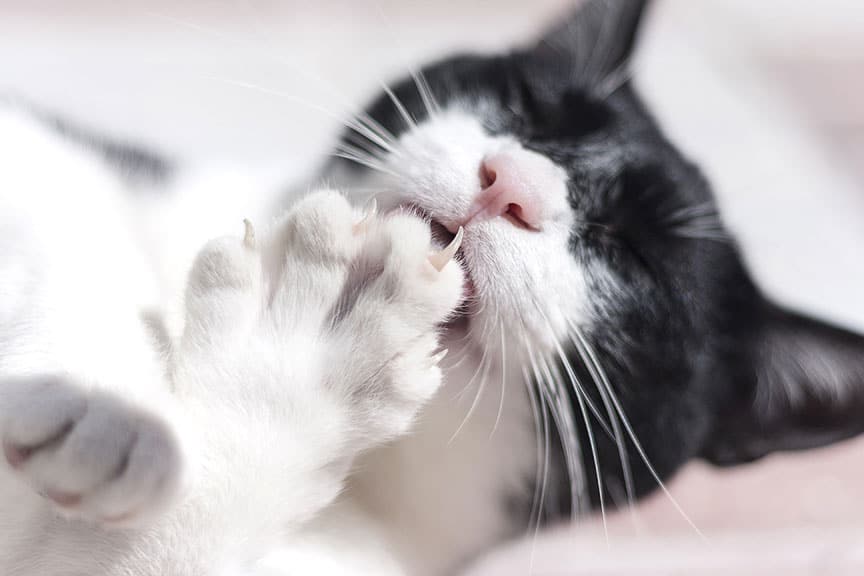 Several U.S. cities ban cat declawing except for therapeutic reasons (such as the need to remove cancerous nail bed tumors), and so do a majority of Canadian provinces. The practice is also banned in dozens of countries. After New York became the first U.S. state to ban the procedure last summer, we wanted to know what our readers and Facebook fans thought about the new law. We asked: “New York has banned declawing procedures for cats. What do you think about this?”

New York has banned declawing procedures for cats. What do you think about this?

Declawing or onychectomy is a surgery that animal-rights advocates say is inhumane and unnecessary. They contend that cats use their claws to assist in climbing and maintaining balance, to help them stretch, to relieve stress through kneading and to escape danger. When a person has its animal declawed, usually in an attempt to protect furniture, they do fundamental damage to that animal both physically and in behavioral ways.

More than 100 respondents also commented. Representative of those in favor of the ban was this comment: “It’s brutal. It’s an amputation to the first knuckle, and many vets treat this procedure as an afterthought. They use Rescoes to crush the joint and rip off toe pads.”

Onychectomy involves the removal of all or most of the last bone of each of the toes of the front feet, and tendons, nerves and ligaments that allow for normal function of the paw are severed, resulting in intense and chronic pain and other serious medical issues, say those who support the ban.

The standard method of declawing is amputation using a scalpel or guillotine clipper. The wounds are closed with stitches or surgical glue, and the feet are bandaged.

Another method is laser surgery, in which a small, intense beam of light cuts through tissue by heating and vaporizing it. However, it still involves amputating the last toe bone of the cat.

A third procedure is the tendonectomy, in which the tendon that controls the claw in each toe is severed. The cat keeps their claws, but can’t control them or extend them to scratch.

Those who argue against the ban say they are worried that it will cause the population of homeless felines to skyrocket. The state’s largest veterinary organization, the New York State Veterinary Medical Society, says that owners who live in places, such as apartments and assisted living facilities, that require cats to be declawed will be forced to give up their pets. Opponents also contend that the ban will discourage people from adopting cats.

“I feel that banning declawing will do two things: (1) Fewer homes for cats. Some apartment managers do not want damage and therefore require cats to be declawed. Other owners would make their cats outdoor cats or not have them if they can not be declawed. For some older individuals, the only way they can have a cat is if it is declawed. Banning declawing will lead to a larger homeless cat population. (2) It will encourage ‘backyard’ declawing, which would be worse. (Anybody seen dogs with bad ear crop jobs?) People would also likely go out of state to get the procedure done, so the ban would do nothing anyhow.”

Legislation banning declawing of cats is being considered in several other states, including Florida.

“Declawing is cruelty, plain and simple, and with so many low-cost and pain-free alternatives available, there is no reason to allow this barbaric practice to continue, not here in New York or anywhere,” declared Assemblywoman Linda Rosenthal. She advocated for the anti-declawing bill for five years before it was signed into law. “New York has been catapulted onto the leaderboard of humane states, and we expect other states to quickly follow in our footsteps.”

As one of our Facebook readers commented: “Declawing is cruel, plain and simple. The remainder of the states better follow what New York did.”

Interested in animal welfare and veterinary ethics? Check out our archives.