Be a Lifeline for Someone at Risk for Suicide

Is your veterinary practice prepared to support an employee who is at risk for suicide? 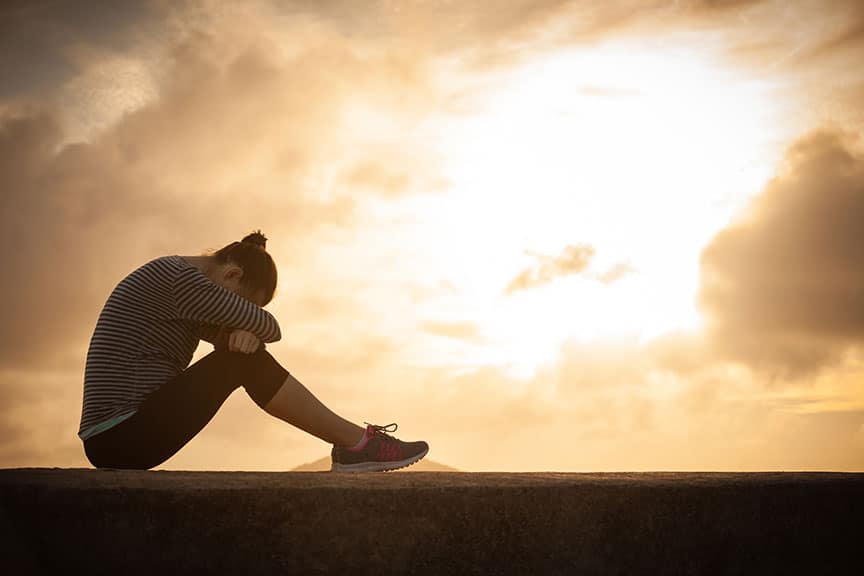 Being able to recognize and respond to signs that someone is thinking of suicide may help avert a death by suicide. Are we doing enough as a profession? Photo: Shutterstock.com/KieferPix

Does your veterinary practice promote resources, hope and recovery for employees who are at risk for suicide? Our poll indicates that we could — and should — be doing more.

When we asked our Facebook fans, “Does your practice have strategies and programs to support employees who may be considering suicide?” 84% of the 468 respondents answered “no,” while 16% replied “yes.”

Despite the increasing awareness of veterinary professionals about the prevalence of suicide in the profession, most veterinary nurses indicated that their practices had no support programs in place.

The poll results are certainly disheartening. Perhaps even more discouraging were some of the responses, including this one: “This field expects everyone to work past their shift and come in early, not have a personal life and take abuse from clients. The term work-life balance does not exist in the vet field. And if you try to take care of yourself, you are not a ‘team player’ and management will ding you for it on yearly reviews. After 25 years, it would be really nice to see a change.” The comment got this reply from a former veterinary nurse: “Much of the reason why I left the field.”

The only respondent who indicated her practice had a program in place commented, “We do have cards available with a number to call, which is provided by the corporation [that owns us]. Before we were bought, absolutely not.”

Another respondent was grateful for her supportive practice manager: “My PM is a wonderful soul that truly cares about all of us. She gave me today off because she knows how hard I’m struggling.”

According to a 2016 Centers for Disease Control and Prevention (CDC) report, 45,000 Americans, ages 10 or older, died by suicide. Suicide is the 10th leading cause of death in the United States and is on the rise. In researching suicide among veterinarians in the United States from 1979 through 2015, the CDC reported female veterinarians were 3.5 times as likely, and male veterinarians were 2.1 times as likely, to die from suicide as the general population. The study results were published in the Journal of the American Veterinary Medical Association.

At the time, Dr. John de Jong, then president of the American Veterinary Medical Association (AVMA), noted, “Too many of our colleagues have either contemplated, attempted or died by suicide, and one suicide is clearly too many.”

There is a link between mental illness and suicide and removing the stigma surrounding mental illness is one of the key aspects of helping those who are at risk for suicide. The National Alliance on Mental Health says:

• 90% of people who die by suicide have an underlying mental health issue
• One in five Americans experiences a mental illness over their lifetime
• Anxiety disorders, major depression, bipolar disease and schizophrenia are the most prevalent, diagnosed mental illnesses

Make sure your team understands that mental illness is treatable and many people are able to make a full recovery — but they need support. Is your practice prepared to offer that support?

How the Veterinary Practice Can Take Action

Invest in creating a comprehensive approach to helping staff members who may be suffering with depression, compassion fatigue or thoughts of suicide. The plan needs to include these key components:

• Create a workplace environment that promotes communication and awareness. Offer workshops, not just printed materials, that focus on recognizing the warning signs of suicide. Workshops and team meetings that encourage conversations and exercises centered on emotional and mental health issues, such as depression and compassion fatigue, also help lessen stigmas related to those issues and allow employees to confide in and support one another.

• Identify and assist employees who may be at risk for suicide. Learn to recognize emotional and mental suffering in co-workers, and signs that they may be at risk for suicide. These signs include talking about suicide, hopelessness, not being around, or self-harm. Behavioral signs include mood swings, sadness and hopelessness. A secondary risk factor is possession of lethal weapons or powerful drugs. Your reaction can make the difference between life and death.

• Be prepared to respond to a suicide death. A death by suicide leaves colleagues distressed, wondering how they failed their co-worker. In the veterinary profession, this feeling can be particularly acute because we pride ourselves on being excellent caregivers — the kind of people who naturally have compassion for those who are suffering. If your team experiences the death of a co-worker by suicide, take time to talk about it and offer counseling.

NAVC is committed to promoting suicide awareness and helping those at risk in the veterinary community. Learn more about the You Matter track at VMX.

Suicide in the Veterinary Profession: Warning Signs and Prevention Tips

When Caring Hurts: Dealing with Depression in Veterinary Medicine