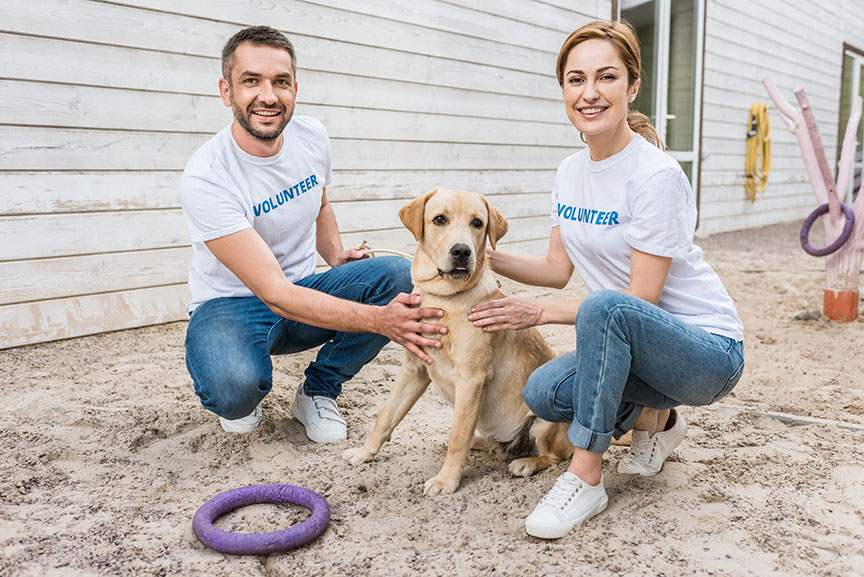 The first World Animal Day, held in 1925, was attended by 5,000 people. Today, it is a global movement celebrated by animal-rights activists in more than 70 countries. Photo: Shutterstock.com | LightField Studios

World Animal Day is celebrated annually on October 4th. The day has become an international celebration for animal rights and welfare. World Animal Day unites the people who are advocating for better treatment of animals and working in the animal welfare movement. The day started modestly almost 100 years ago, but today, the movement is a global force to make the world a better place for all animals.

We thought you might be interested in a few facts about this annual celebration of the animals we love.

1) The first World Animal Day took place on March 24, 1925, in the Sport Palace in Berlin, Germany. More than 5,000 people attended the first event. It was founded by writer and animal activist Heinrich Zimmermann, author of Mensch und Hund (Man and Dog). in 1929, World Animal Day was celebrated for the first time on October 4, the day it was originally intended to be (in 1925, the Sport Palace was unavailable that day).

2) October 4th is the Feast Day of Francis of Assisi, the patron saint of ecology and animals. The feast day is the customary day for Catholic and Anglican churches to hold ceremonies blessing animals. Francis of Assisi believed that nature was the “mirror of God.” He called all creatures his “brothers and sisters,” and even preached to the birds. He also believed that human beings have a duty to protect nature as the stewards of God’s creation. According to the website of World Animal Day, the annual celebration hopes to improve the welfare of animals around the globe. The goal: “Involvement is growing at an astonishing rate and it’s now widely accepted and celebrated in a variety of different ways in many countries, with no regard to nationality, religion, faith or political ideology.” Legend has it that Saint Francis was able to talk to animals, which is why he is depicted in numerous works of art surrounded by animals. St. Francis was born in 1181 or 1182 and died on the night of October 3, 1226.

3) Initially, the day was celebrated by people in Germany, Austria, Switzerland and Czechoslovakia, but in May 1931, at a meeting of the International Animal Protection Congress in Florence, Italy, Zimmerman’s proposal to make October 4th World Animal Day a universal celebration was unanimously accepted and adopted as a resolution.

4) On Oct. 4th, #WorldAnimalDay trends on social media all over the world; more than 1,000 events are held every year. World Animal Day has 90 ambassadors in more than 70 countries, from Andorra and Australia to the United States and Zimbabwe.

5) A number of events have been arranged to honor World Animal Day, including awareness and education events, shelter open days, pet adoption events, and animal blessing services. Activists from around the world use the day to draw attention to some of the most pressing challenges facing animals, including:

• Sharks have way more to fear from humans than we humans have to fear from them. The journal Marine Policy says that around 100 million sharks are killed every year by humans; according to the Florida Museum of Natural History’s International Shark Attack File, sharks kill about six humans each year. Many sharks are killed during the inhumane practice of shark finning.

• Each year, Japan kills more than 330 minke whales, including pregnant females. Norway and Iceland also permit the killing of whales. Minkes are among the most beautiful creatures in the ocean.They are protected by the Marine Mammal Protection Act.

• Animal testing has long been part of both the medical and cosmetics fields, and unfortunately, some labs keep animals in horrific conditions and subject them to abusive experiences all in the name of scientific knowledge and innovation.

• Climate change impacts both humans and animals, and the deforestation of rainforests is a significant contributing factor. One of the most detrimental deforestation practices is caused by the harvesting of palm oil, which is found in 40% to 50% of the household products in the United States. One of the species most impacted by this trend is the orangutan; more than 90% of its habitat has been destroyed over the last two decades. Other animals that are suffering due to global climate change include many endangered and threatened species, including polar bears, rhinos, elephants and tigers.

Make a difference on World Animal Day. Find out how to create an event here.