The Pet and Women Safety (PAWS) Act Is Signed Into Law

A coalition joins forces to help domestic violence survivors and their pets find a safe place to heal. 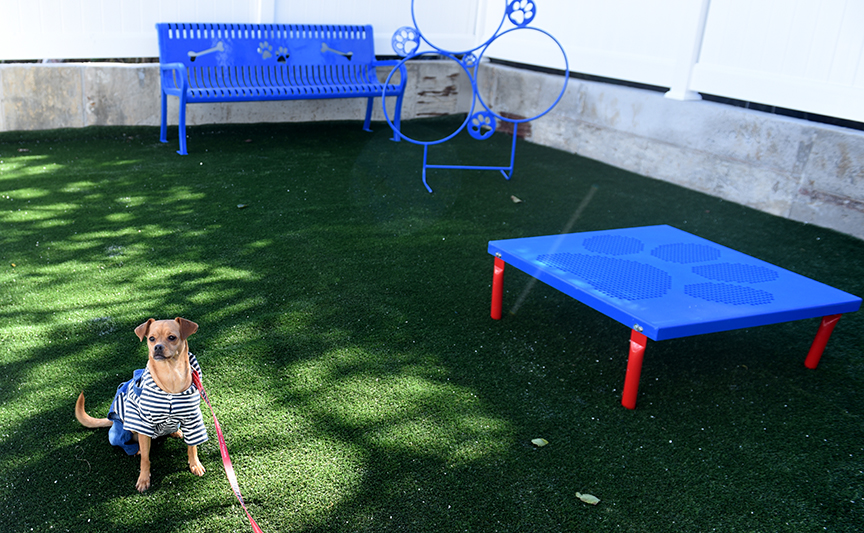 A group of nonprofit and for-profit organizations lauded the passage of the Agriculture Improvement Act of 2018 (the Farm Bill) after advocating for legislation to better protect domestic violence survivors by establishing the critical importance of protecting their pets, too. With the inclusion of key elements of the Pet and Women Safety (PAWS) Act (H.R. 909, S.322) in the Farm Bill, Congress took an essential step in removing a roadblock to the safety of these survivors with pets.

“Thanks to bipartisan passage of the PAWS Act by Congress, more domestic violence shelters will allow survivors of abuse to heal with the love and support of their beloved pets,” said Nina Leigh Krueger, president of Purina. “This is an important milestone in the coalition’s collective efforts to create safer communities for pets and pet owners, and Purina will remain steadfast in our commitment to keeping pets and people together, particularly during times of crisis.”

This provision of the Farm Bill establishes grants for domestic violence shelters to carry out programs to provide emergency and transitional shelter and housing assistance or short-term shelter and housing assistance for domestic violence victims with pets, service animals, emotional support animals, or horses. Grants awarded may also be used for programs that provide support services designed to enable someone fleeing domestic violence to locate and secure safe housing with their pet, safe accommodations for their pet, or related services such as transportation and other assistance.

Organizations in the coalition include:

“As we’ve seen throughout the past five years of running Urban Resource Institute’s PALS (People and Animals Living Safely) Program, abusers often threaten to harm or inflict violence on a pet in order to control their victims,” said Nathaniel Fields, President and CEO of URI. “Not only do pet-friendly domestic violence shelters provide a critical avenue for escape, but they also channel the healing power of the human-pet bond during times of crisis and transition. The passage of the Farm Bill is an exciting milestone in this coalition’s work to ensure that all individuals facing abuse and their beloved pets can live the safest, fullest lives possible.”

Too often, says Fields, domestic violence victims remain in abusive homes out of fear for their pet’s safety. “Through the PALS program, domestic violence survivors in New York City are able to find safe harbor with their pets in one of our dedicated shelters. PALS is the largest and only model of its kind in New York State, and this new coalition will help extend that life-saving, pet-inclusive approach to domestic violence shelters across America.”

The PAWS Act Coalition members have been working to promote awareness and encourage support for the legislation, with 247 bipartisan co-sponsors in the House of Representatives and 37 in the Senate. There is now new momentum with the bill’s language included in the recently-passed Senate Farm Bill.

Senator Dean Heller (R-NV), Senator Gary Peters (D-MI), Senator Pat Roberts (R-KS) and Senator Debbie Stabenow (D-MI) have been crucial in the effort to pass the Pet and Women Safety Act. “I was proud to work with my colleague Senator Gary Peters and several advocacy groups to introduce the PAWS Act, bipartisan, bicameral legislation that would ensure victims are not forced to choose between their personal safety and the safety of their pet,” said U.S. Senator Dean Heller (R-NV). “As the 5th most bipartisan senator in the U.S. Senate, I’ll continue working with my colleagues on both sides of the aisle to see that domestic violence survivors in Nevada and around the country have access to critical, life-saving services and programs that meet their needs and allow them to escape abuse and find safe haven.”

“Since 2007, Noah’s Animal House has cared for and protected over 1,400 pets of domestic violence survivors for 90,000 boarding nights,” said Staci Columbo-Alonso, founder of Noah’s Animal House. “The need to provide safety and protection for the pets of these women and children is on the rise, and we are hopeful that in joining this important group of like-minded organizations, we can help more shelters across the country care for these families together.”

“For most pet owners, the bond with their pet is incredibly strong, and for people in abusive relationships, their pet can be an important source of comfort,” said Dr. Kurt Venator, DVM, PhD, Chief Veterinary Officer at Purina. “Purina is very proud to support efforts to keep families and their pets together during this time of healing.”

Lauren Dorsch, deputy director of communications at Bayer Animal Health, reinforced the company’s commitment to passing the legislation. “Bayer recognizes the great need to support domestic violence shelters that care for both survivors and their beloved pets. Survivors of domestic violence should not have to choose between their safety and a loved one, and these shelters make it possible for them to heal in a safe place, without saying goodbye to their pets.”

“Pet Partners therapy animal team handlers and advocates all across the country are using their grassroots power to support the PAWS Act Coalition, so that pets and people can stick together in traumatic situations – when they need each other most,” said Annie Peters, CEO of Pet Partners.

• Up to 65% of domestic violence victims remain in abusive situations out of fear for their pets’ safety.(1)
• According to the Centers for Disease Control, 4,774,000 women in the United States experience physical violence by an intimate partner every year.(2)
• The majority of domestic violence situations include pets in the household, and 85% of women residing in domestic violence shelters reported a pet was harmed by their abuser.(3)
• A growing body of science has demonstrated a link between domestic violence and animal cruelty.(4)
• An outlet of emotional support for victims, the family pet often becomes a target for physical abuse.(5)

Learn to recognize animal abuse and to be an advocate for the animal in our article, Animal Cruelty: Your Role in Identifying Abuse.

5) Matthews, Kevin, and Kelly McConkey. “Examining the nexus between domestic violence and animal abuse in a national sample of service providers.” Violence and victims 27.2 (2012): 280.