Into the Prairie To Find Ticks 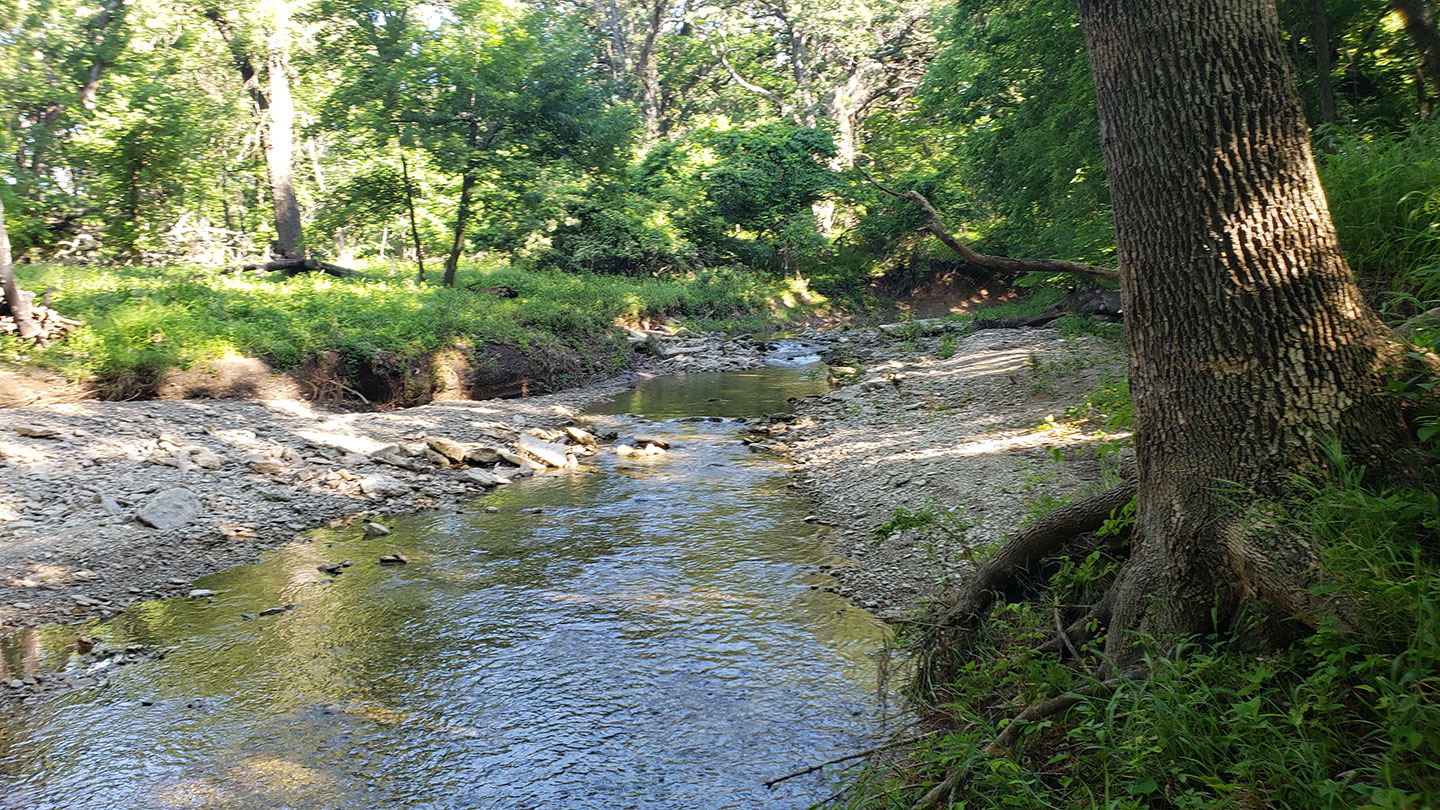 The Konza Prairie looks like a slice of heaven, with undulating fields of grassland and even a small brook that actually babbles. Don’t be fooled. It’s overrun by ticks. Photo: Courtesy of Kansas State University College of Veterinary Medicine

If there’s something weird and it don’t look good, who you gonna call? The tickbusters. Forgive the appropriation of the Ghostbusters theme song, but as I gear up in a hazmat suit during a trip to the Konza Prairie, a 3,487-hectare preserve of native tallgrass prairie in the Flint Hills of northeastern Kansas, I am reminded of the crazy outfits the ghostbusters donned. The Konza Prairie is owned by The Nature Conservancy and Kansas State University, and is operated as a field research station by the university’s Division of Biology. It is strikingly beautiful, but it is also ground zero for the university’s veterinary tick researchers. This is prime habitat for bloodsucking ticks. 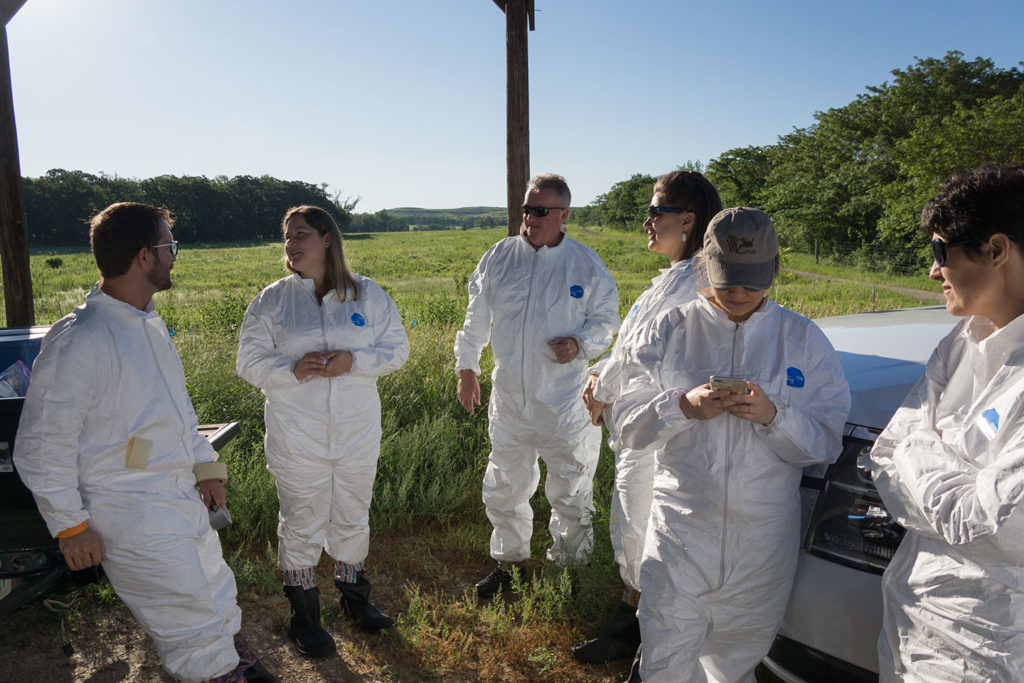 Our field trip was led by K-State’s Dr. Brian Herrin and Dr. Kathryn Reif, both assistant professors in K-State’s College of Veterinary Medicine. Dr. Herrin’s primary research is focused on the epidemiology and control of ticks and tick-borne diseases. Dr. Reif’s primary research centers around the control and prevention of ticks and tick-borne diseases that impact companion animal, livestock and human health.

I am among the veterinary journalists who have gathered in Manhattan, Kansas, to attend KSU’s Tick Camp, a veterinary media event sponsored by Boehringer Ingelheim.

North American ticks transmit a number of illnesses. Lyme is the most common, caused by the Borrelia burgdorferi parasite. The disease can cause flu-like misery and risks of long-term neurological and joint troubles if not treated early. In 2015, the U.S. Centers for Disease Control and Prevention tallied about 30,000 confirmed cases.

What Makes a Tick Tick

Ticks use a “questing” strategy — they prefer open spaces of forest, bushland and grassland habitats, waiting for hosts. “They’re ambush predators hoping something walks by,” explains Dr. Reif. “They extend their first pair of legs to detect the host’s physical and chemical cues.” 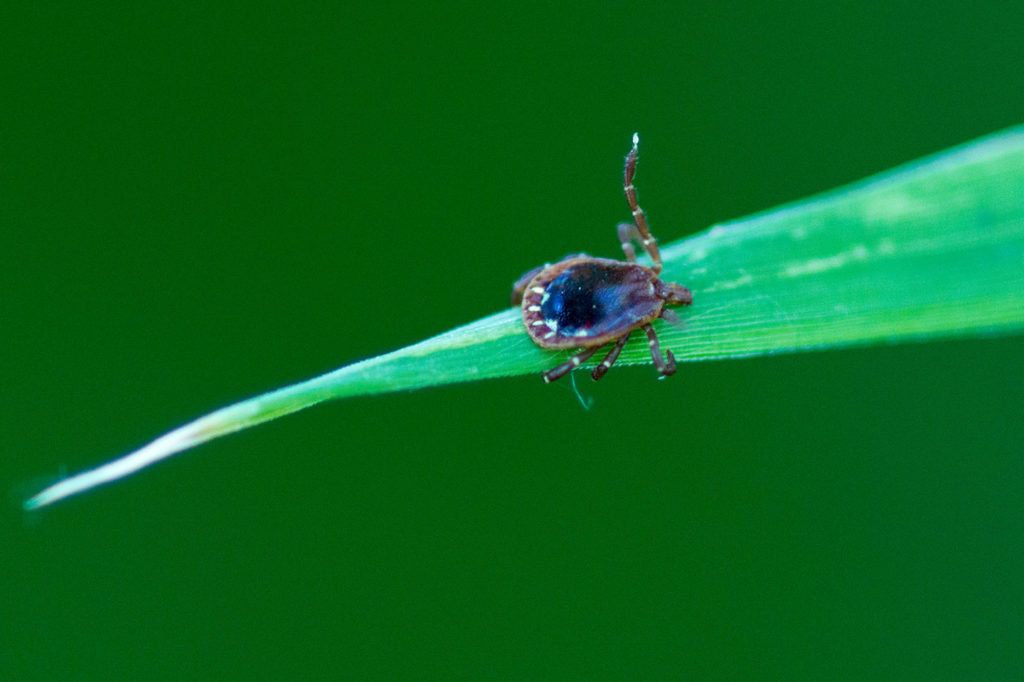 A tick exhibiting questing behavior while perched on a blade of grass. There are approximately a gazillion blades of grass in Konza, so you do the math to figure out how many ticks are waiting for an unsuspecting journalist. Photo: Courtesy Kansas State University College of Veterinary Medicine

The front pair of legs on a tick is where the Haller’s organ is located. This is a complex sensory organ. When the ticks wave their legs, they’re trying to sniff out their prey. This organ can detect chemicals like carbon dioxide or pheromones. It can even sense humidity and infrared light, which includes body heat emitted by the warm, blood-filled mammals that the tick is hoping will stroll by.

A tick requires a blood meal to advance through its life, explains Dr. Reif. “They feed about three times in their life, and in each life stage, they feed on something a little bigger. Ticks don’t rely on companion animals, like dogs, or people to survive; 99.9% of ticks are on native wildlife, such as bobcats, cattle, coyotes, deer, foxes, horses, white-tail deer and other wild mammals.”

We do see one deer as we gear up on a dirt road in Konza Prairie on the second day of tick camp; as far as I can tell, we are the only blood-filled mammals present. I can’t help but noticing that it’s a nice day. And my pulse seems especially strong. 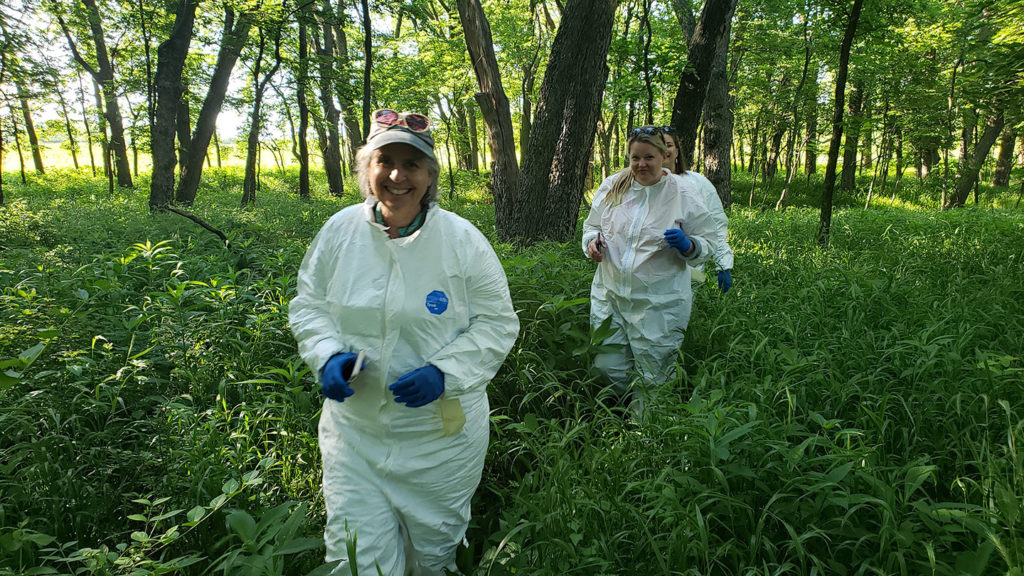 I may be all smiles, but I must admit to feeling a bit of trepidation as we walked deeper into the prairie. After all, ticks are ambush predators who want to suck your blood. The masking tape on my suit is designed to ensnare nymphs should I brush up against a whole mess of them. Like the Ghostbusters’ proton packs, our gear was very high-tech. Photo: Courtesy Kansas State University College of Veterinary Medicine

We learn a lot about ticks during K-State’s two-day Tick Camp. Some of the more interesting facts:

“If there was a beauty pageant for ticks, Amblyomma variegatum would win it,” says Dr. Reif. Unfortunately, though this brilliantly colored tick is indeed beautiful, it is endemic to Africa but has spread to several countries, including the Caribbean islands.

“There are about 900 species of ticks in the world, with a dozen species found in the U.S.,” Dr. Reif says.

“One of the challenges is the changing expansion of tick ranges,” says Dr. Herrin. “And with the exception of brown dog tick, our ability to manage tick reproduction is limited if not almost nonexistent.”

The Center of Excellence for Vector-Borne Diseases (CEVBD) at K-State is an interdisciplinary research center focused on vectors (mosquitoes and ticks) and vector-borne diseases of significant importance to animal and human health. We spent some time in the labs, identifying ticks under a microscope and cheering on our favorite ticks during a tick race (yes, a tick race). Also in the plans for the university: the soon-to-be established the National Bio and Agro-defense Facility (NBAF), including the Bio-security Research Institute (BRI). 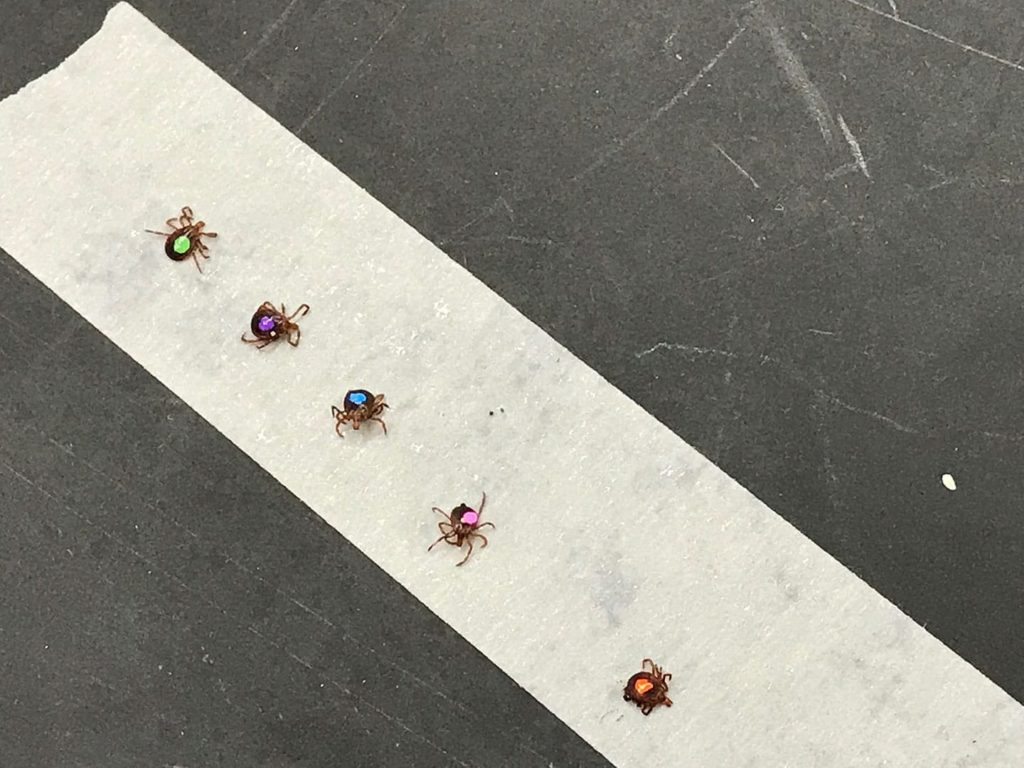 And they’re off! Ticks are surprisingly fast and will actually run toward a potential host when they pick up chemical cues, like the carbon dioxide you release into the air every time you exhale. Photo: Courtesy Kansas State University College of Veterinary Medicine

Read: The 3 Rs of Tick-Borne Diseases