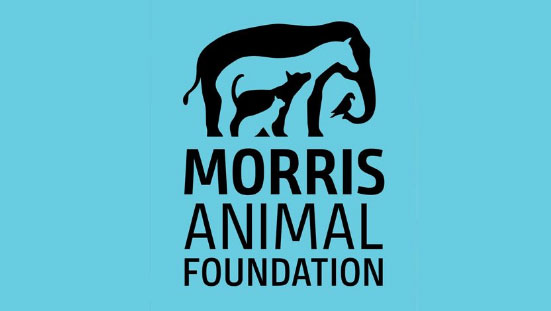 DENVER/January 24, 2019 – Worth more than a few happy barks and meows, Morris Animal Foundation announced it awarded nearly $1 million in grants for nine canine and feline research projects. The studies will help veterinary scientists improve the health and quality of life of cats and dogs suffering from deadly and debilitating diseases including cancer, chronic upper respiratory disease and osteoarthritis.

“Cats and dogs mean so much to us, enjoying family status in about a third of American homes,” said Tiffany Grunert, Morris Animal Foundation’s President and CEO. “With the invaluable companionship they provide, we need to do all we can to give them longer, healthier lives. These studies will help do just that.”

Through this year’s grants, totaling $983,965, the Foundation is supporting scientists at six universities and institutions, including North Carolina State University, Texas A&M University and the University of Illinois. The Foundation’s Small Animal Scientific Advisory Board reviewed all submitted grant applications and selected, based on scientific merit and impact, the studies with the greatest potential to save lives, preserve health and advance veterinary care. Newly funded studies include:

Working Toward an Immunotherapy for Osteosarcoma

Researchers will investigate the effectiveness of combining radiation therapy with an immune-stimulating agent to help slow the spread of osteosarcoma. The disease is the most common bone tumor in dogs, with an estimated 10,000 new cases diagnosed annually.

Researchers will investigate the validity of a novel diagnostic test for the early detection of urothelial carcinoma, the most common urinary tract cancer in dogs. Earlier diagnosis could increase the chances of survival for the 40,000 to 80,000 dogs diagnosed each year with this devastating cancer.

Researchers will learn more about what drives pain in dogs with osteoarthritis and use this new information to help identify safer pain relief options for affected animals. In the United States, the condition affects 20 to 40 percent of dogs and is a leading cause of euthanasia in them as well.

Filling in Remaining Gaps in the Cat Genome Assembly

Researchers will fill in critical gaps in the current cat genome to facilitate discovery of genetic mutations associated with feline diseases. This will improve the research community’s ability to identify more mutations for simple and complex diseases and traits in breed and non-breed domestic cats.

Morris Animal Foundation’s mission is to bridge science and resources to advance the health of animals. Founded by a veterinarian in 1948, we fund and conduct critical health studies for the benefit of all animals. Learn more at morrisanimalfoundation.org.