This is the first study that also considered suicide rates among veterinary technicians. 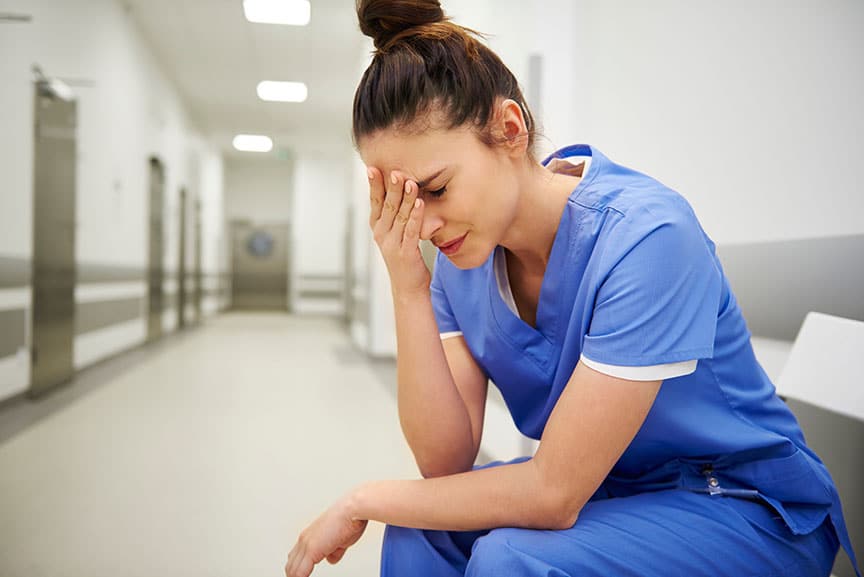 Female veterinarians and male technicians were most at risk for suicide, a joint Auburn University and CDC study concluded. Photo: Shutterstock.com | gpointstudio

Every year in the U.S., more than 45,000 people take their own lives. There are an estimated six or more “suicide survivors” — people who’ve lost someone they care about deeply and are left with their grief and struggle to understand why it happened — for every one of these deaths, according to Harvard Women’s Health Watch.

“Two of my best friends from vet school lost an associate in their practice to suicide and it was a really devastating event for the whole team,” says Audrey Cook, BVM&S, Msc Vet Ed, DACVIM, DECVIM, DABVP (Feline), College of Veterinary Medicine & Biomedical Sciences at Texas A&M University. “And of course, with hindsight, this poor person left a trail of clues regarding her intentions, but no one picked up on what was going on until it was too late.”

Dr. Cook points to a number of factors for why veterinary professionals are at higher risk for suicide: “I think that many veterinarians have very high expectations for themselves and are not used to struggling or feeling inadequate, in either professional or personal situations,” she says. “So, a series of bad outcomes with patients or problems with a personal relationship can seem overwhelming and are taken to mean that one is somehow ‘not good enough.’ Combine that mindset with money worries, fatigue and easy access to drugs and you have a potentially lethal situation.”

A study by Auburn University psychology associate professor Tracy Witte and researchers with the Centers for Disease Control (CDC), published in the Journal of the American Veterinary Medical Association, supports Dr. Cook’s assertion that easy access to drugs plays a role in the higher suicide rates among veterinarians, when compared to the general population. The study examines pentobarbital access, a drug used for the humane euthanasia of animals.

Witte’s study builds upon previous studies, such as a 2018 study from the CDC, which show suicide rates among those in the veterinary profession were significantly higher than for the general U.S. population. She hopes the results of her study will lead to improved administrative controls for pentobarbital access, raise awareness of the issue and ultimately decrease the number of suicides.

“We also found that veterinarians were less likely than the other veterinary occupational groups in our sample to have a history of non-fatal suicide attempts. This suggests that veterinarians are more likely to die by suicide on their first attempt, presumably due to knowledge about and access to a highly lethal method like pentobarbital.”

Witte said her study was the most comprehensive investigation of suicide among U.S. veterinarians to date and the first to examine deaths by suicide among veterinary technicians or technologists and veterinary assistants or laboratory animal caretakers.

“Veterinarians and veterinary technicians or technologists had significantly higher rates of death by suicide, compared with findings for the general population, whereas veterinary assistants or laboratory animal caretakers did not,” she said.

“It has been assumed that veterinarians have a higher suicide risk because of their access to certain lethal drugs such as pentobarbital, but this study was the first to find evidence supporting that possibility,” Witte explained, adding that when death records were removed for those who used pentobarbital poisoning as a suicide method, male and female veterinarians no longer indicated a difference in suicide rates compared with the general population.

“This provided compelling evidence that access to pentobarbital might explain the high risk of suicide among veterinarians, and this has critical implications for prevention efforts,” she said. “Specifically, restricting access to lethal methods for persons at risk of suicide is among the strategies with the best available evidence for suicide prevention.”

“This means that administrative controls, which involve changing the way people work, is the most viable option for limiting pentobarbital access in veterinary clinics,” Witte said.

Witte’s study suggests a minor change in the way veterinarians access pentobarbital, such as requiring a second person’s signature when accessing the drug, could have a preventative effect for suicide among veterinarians, while still allowing access for clinical purposes.

“Increased administrative controls could also make it more difficult for a veterinarian to take pentobarbital out of the clinic to be used outside of the workplace, where most of the pentobarbital-related suicides in our sample occurred,” she said. “Auburn’s College of Veterinary Medicine is a model for safe controls of pentobarbital and students are learning the importance of controlling access to this drug before they go into practice as veterinarians.”

The AVMA acknowledges that veterinary professionals have ready access to controlled substances in the workplace, a possible source of some drugs used in suicides. The AVMA participated with the CDC in researching suicide among veterinarians in the U.S. from 1979 through 2015. A key program available to help veterinarians identify and refer at risk colleagues, is QPR (Question, Persuade, Refer) training. The AVMA offers this one-hour, online “gatekeeper training” free of charge to every member and veterinary student. It teaches people without professional mental health backgrounds to recognize the signs that someone may be considering suicide and helps them to establish a dialogue.

“Often times, people may suspect someone is suffering but they don’t know what to say, or they worry that what they say may make the situation worse,” said Dr. Jen Brandt, AVMA’s director of member wellbeing and diversity. “It is my goal to have every veterinarian complete the QPR training. It provides guidance on what to say and ways in which you can enhance a sense of belonging and help alleviate the sense of fear that some may have about being a burden to their friends, family or colleagues.”

Moving forward, Witte said the next step in this line of research would be investigating the feasibility and acceptability of increasing administrative controls for pentobarbital in veterinary clinics.

“We need buy-in among key stakeholders in the veterinary community to work toward changes and stronger controls of pentobarbital,” Witte said. “Any changes would need to be done in consultation with that community.”

The United States Department of Justice’s Drug Enforcement Administration classifies pentobarbital as a schedule II substance, and drugs classified as such are required to be in a locked cabinet or other secure storage.

“The problem is that many veterinarians are solo practitioners or work in a small practice,” Witte said. “As such, they have easy access to the substance for themselves, and they would be able to remove the substance from the lockbox without needing anyone else to know about it.”

Witte hopes that her study leads to stronger restrictions on pentobarbital access, which could ultimately help reduce suicides.

“People often assume that if someone is suicidal and is prevented from accessing a particular suicide method, he or she will simply choose another method,” she said. “However, the research is not consistent with this idea. Moreover, if a person is blocked from accessing a highly lethal suicide method, like pentobarbital, he or she is less likely to have a fatal outcome even if method substitution occurs, if the substituted method is less lethal.”

“Suicides are tragic and cause tremendous grief,” said Dan Givens, associate dean for academic affairs in Auburn’s College of Veterinary Medicine. “In the veterinary profession, which is characterized by compassionate care for pets and livestock, this grief is both deeply personal and an openly acknowledged concern. This study is a valuable contribution to our understanding of the direct causes of suicide in our profession. Applying this new information toward the development of additional concrete measures to prevent suicide is critically important, yet the resulting measures must not excessively hinder or delay the compassionate medical care that that our society demands for its animals.”

Despite the findings of her research, Witte said it’s important to note that although suicide rates are elevated among veterinarians, suicide is still a rare outcome in the profession.

What We Can Do

“There are great efforts within the profession and field of veterinary medicine to increase awareness about mental health issues, including suicide,” Witte asserts. “We have many reasons to be optimistic that we will see improvements in suicide rates in the coming years.”

AVMA President John Howe, DVM, described suicide as “a critically important public health crisis” affecting people inside and outside of the veterinary industry.

“Every bit of light we can shine on suicide is a step in the right direction,” he said.

Jen Brandt, Ph.D., the AVMA’s director of member well-being and diversity, wants all veterinary professionals to be trained in suicide prevention.

“Often times, people may suspect someone is suffering, but they don’t know what to say or they worry that what they say may make the situation worse,” Dr. Brandt said.

The AVMA has collected and developed a number of resources to help veterinarians combat moral/ethical distress.

Participate in the You Matter sessions at NAVC’s annual VMX conference.

Learn the warning signs and tips for helping someone threatening suicide.

Learn how to cope with compassion fatigue.