Nasal Lymphoma in a Cat

This case report describes the treatment of a cat diagnosed with nasal lymphoma, which is uncommon in cats compared with all types of neoplasia.

Brooke obtained an AAS degree in veterinary technology in 2009 and a BS degree in biology in 2012. She began her veterinary career by working as an ER/ICU technician at WestVet Emergency and Specialty Center and then moved into the new oncology department in 2014. Brooke successfully obtained her VTS certification in oncology in 2017, after which she served as the oncology director at large for the AIMVT, supporting both current and prospective VTS nurses. In addition to her passion for oncology, she loves teaching new veterinary nurses coming into the field of veterinary medicine, whether presenting CE at conferences or providing hands-on training.

Hematopoietic neoplasms, including lymphoma, are one of the most common cancers diagnosed and treated in veterinary medicine and account for approximately one-third of all cancers in cats.1 Nasal lymphoma, although an uncommon type of lymphoma, is the most common tumor of the nasal cavity in cats. Neoplasia of the nasal cavity can substantially decrease a patient’s quality of life, not only potentially causing respiratory obstructions, facial swelling, and ocular changes but also affecting sense of smell. However, with recommended treatment, prognosis for patients with nasal lymphoma can be good, and median survival times can be longer than those for cats with other forms of lymphoma. This report describes a case of nasal lymphoma that responded remarkably well to treatment.

Calliope is a female spayed domestic shorthair cat initially brought to her primary care veterinarian on May 5, 2014. In April 2014, the client noticed clear mucous discharge from her eyes and nose, frequent sneezing, and occasional coughing. Over the course of the month, the discharge from Calliope’s right nostril became white/yellow and her breathing progressed to a wheeze, which prompted the client to bring her to her primary care veterinarian. In-house cytology of the discharge revealed increased numbers of white blood cells and intracellular bacteria, consistent with infection. Calliope’s weight at presentation was 4.45 kg (0.271 m2). The veterinarian prescribed marbofloxacin at 25 mg (5.6 mg/kg) PO q24h for 10 days. Calliope’s clinical signs resolved within 2 days but returned on June 6. Her veterinarian prescribed a longer course of marbofloxacin (25 mg PO q24h for 21 days) on June 13, but after 13 days her clinical signs had not improved; therefore, marbofloxacin was discontinued and chlorpheniramine at 2 mg (0.4 5 mg/kg) PO q24h was started. After 7 to 10 days of no improvement, the dosage was increased to 2 mg q12h. After 3 weeks on the increased dose, Calliope’s clinical signs did not improve and the discharge from her right nostril had become muddy brown.

On July 29, Calliope returned to her veterinarian to discuss further treatment and diagnostic options. Because she was due for routine dental prophylaxis, it was recommended that she undergo the prophylaxis followed by a nasal flush to obtain diagnostic samples. The nasal flush produced multiple polypoid masses, which histopathologic examination identified as high-grade nasal lymphoma. Calliope received 1 mg of dexamethasone IV the next day and 5 mg of prednisolone PO the day after that. The client reported that Calliope felt much better, and her clinical signs were substantially reduced after the nasal flush and steroid administration. Calliope was then referred to the oncology service at WestVet Emergency and Specialty Center for consultation.

When presented to the WestVet oncology service on August 6, Calliope was receiving only mirtazapine 1.875 mg (0.42 mg/kg) q48h for appetite stimulation. Sneezing and congestion continued but had markedly improved since the nasal flush. Physical examination was unremarkable except for decreased airflow from the right nostril and occasional sneezing throughout the visit. She was bright, alert, and very interactive. She weighed 4.28 kg and was normothermic (rectal temperature 101.1°F [reference range 99°F to 102.5°F]), with a heart rate of 172 beats/min (reference range 140 to 220), normal femoral pulses, respiratory rate of 38 breaths/min (reference range 16 to 40), and did not exhibit any increased respiratory effort or stertor despite her nasal signs. Her mucous membranes were pink and moist with a capillary refill time of 1 second. Thoracic auscultation of the heart and lungs revealed no abnormalities. After treatment options were discussed, the client approved performance of staging procedures before moving forward with any treatment.

The diagnostic workup consisted of radiography, ultrasonography, and blood testing (TABLE 1). A radiologist deemed the 3-view thoracic radiographs to be unremarkable. Abdominal ultrasonography was also unremarkable except for a hyperechoic liver; fine-needle aspirates of the liver and spleen were collected and submitted for cytology for staging purposes. Complete blood count (CBC) and blood chemistry results were within normal limits except for a low hematocrit of 21% and evidence of regenerative anemia. Feline leukemia virus (FeLV)/feline immunodeficiency virus (FIV) test results were negative.

Of the treatment options offered, the client elected to pursue radiation first, followed by chemotherapy. Calliope was transferred to the Washington State University radiation oncology department, where computed tomography (CT) was performed for planning purposes (TABLE 2). Although retropharyngeal lymphadenopathy was suspected, it was considered to probably be from inflammation and was not considered a factor in determining the stage of the lymphoma. Calliope’s tumor was determined to be stage 1. Over the course of 3 weeks, Calliope underwent curative radiation treatment and was then returned to WestVet to start chemotherapy.

Chemotherapy options discussed included CHOP, single-agent doxorubicin, lomustine, and prednisone. The CHOP protocol, which the client elected, involves rotating administration of 3 chemotherapeutics (cyclophosphamide, vincristine, and doxorubicin) in addition to a corticosteroid (prednisone or prednisolone) over approximately 4 to 5 months. It is the chemotherapy of choice for high-grade lymphoma (TABLE 3). CHOP chemotherapy for Calliope was initiated on September 26.

Because Calliope was very reactive to needle sticks of any kind, sedation before each blood collection and chemotherapy administration was required. Sedation was consistently achieved with administration of 40 to 60 µg of dexmedetomidine (10 to 15 µg/kg) IM, varying according to minor weight changes and the chemotherapy drug being given that day (15 µg/kg was the dose when doxorubicin was administered due to the longer administration time requiring longer sedation). She became sedate quickly and recovered quickly after IM administration of the reversal agent atipamezole (at same volume [mL] dose as the dexmedetomidine). Calliope’s vital parameters remained consistently appropriate during sedation, and she experienced no anesthetic complications. She also did very well throughout her chemotherapy protocol and did not experience any significant gastrointestinal side effects or bone marrow suppression from any of the chemotherapy agents. CHOP protocol was completed on January 23, 2015.

On February 27, Calliope was returned to WestVet for a recheck due to increased sneezing and yellow discharge for 1 week. She weighed 4.43 kg (0.27 m2), and physical examination was unremarkable with no active nasal discharge or sneezing noted. Rhinoscopy was performed to obtain new biopsy samples to differentiate possible nasal lymphoma relapse from radiation side effects. Before anesthesia was induced, CBC and chemistry panels were run and results were within normal limits. Histopathology with immunohistochemical staining led to a strong suspicion of low-grade B-cell lymphoma (TABLE 4), for which chlorambucil chemotherapy at 1.8 mg (6.6 mg/m2) PO was administered on Mondays, Wednesdays, and Fridays for approximately 1 year. Low-grade feline lymphomas often respond well to low-dose, long-term administration of chlorambucil. Throughout this treatment period, Calliope experienced multiple events of decreased appetite and weight loss, for which she was given ondansetron at 2 mg (0.45 mg/kg) PO q24h as needed for nausea and/or inappetence, as well as oral mirtazapine at 1.875 mg (0.42 mg/kg) q48h for appetite stimulation. On June 23, the chlorambucil dosage was decreased to 1.8 mg every 3 days and on November 24 to 1.8 mg every 4 days. On January 26, 2016, it was discontinued.

As of January 2022, Calliope’s nasal lymphoma has been in complete clinical remission (FIGURE 1). Other than classic leukotrichia (whiteness of the hair) from radiation treatment, she exhibits no evidence of ever having had lymphoma. The remission and survival time (>6 years past diagnosis) indicate an effective nasal lymphoma cure. 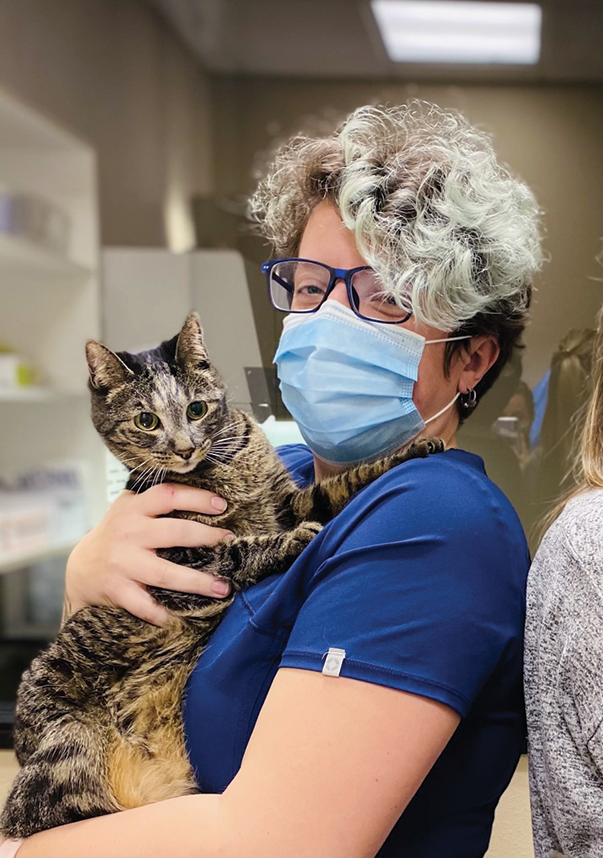 Figure 1. The author and Calliope 5 years after treatment.

Nasal lymphoma in cats is uncommon compared with all possible types of neoplasia. Among lymphomas, the most common form in cats is gastrointestinal lymphoma; less common are nasal, mediastinal, and peripheral nodal lymphomas. Even more rare are laryngeal/tracheal, renal, central nervous system, cutaneous, and hepatic lymphomas.

There is also evidence that Siamese cats may be overrepresented, and 1 study showed a male:female ratio of 2:1.1

Diagnosis of nasal lymphoma begins with recognition of clinical signs. Many patients are initially given treatment for upper respiratory infections, but if no resolution is obtained, additional diagnostics should be investigated. Advanced imaging examinations, commonly CT, along with rhinoscopy and biopsy are needed to appropriately diagnose and stage nasal lymphomas. Advanced imaging gives a detailed picture of the severity or invasiveness of the neoplasm. A poor prognostic indicator detected by advanced imaging is destruction of the cribriform plate, which was not found in Calliope. Although rhinoscopy is the ideal way to obtain biopsy samples, blind biopsies and/or nasal flushes can potentially obtain tissues leading to a diagnosis. Staging and grading of lymphomas are key to determining the best treatment options. Stage describes how large the primary tumor is and how far the cancer has spread; grade describes the appearance of cells and tissue. Stage is determined by the degree of involvement of the location of concern and distant sites within the body. Stage 1 nasal lymphoma does not have regional lymph node involvement; stage 2 does have lymph node involvement.1 Subsequent stages involve additional locations and/or organs. Grade classification as low, intermediate, or high is determined by histologic evaluation and depends on the size and anaplasticity of the cells. Most nasal lymphomas are of B-cell origin.1