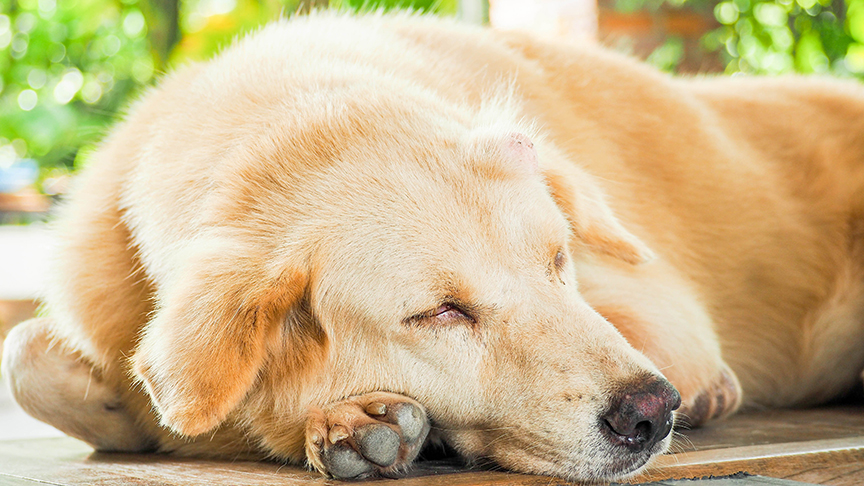 Promising research may lead to the development of new anti-metastasis drugs that will better fight a common skin cancer in dogs. Photo Credit: Shutterstock.com

Could the results of a unique new study that looks at mast cell tumors — which cause a common skin cancer in dogs — lead to drugs that could someday cure the disease?

A recent research study has contributed “an important piece” in the “mast cell tumor jigsaw,” according to Mike Starkey, head of molecular oncology at the Animal Health Trust Center for Small Animal Studies. The research, says Starkey, provides an insight into the types of drug that may prevent tumors from spreading.

“It is the first study that has been really able to look at the genetic changes that promote the metastasis of cutaneous mast cell tumors, one of the most common tumors in dogs,” Starkey notes.

The research was conducted in conjunction with the University of Liverpool Small Animal Teaching Hospital clinical oncology units, and was published in the journal PLOS One.

Mast Cells — The “Jekyll and Hyde” of Tumor Growth

Mast cells have been called the Jekyll and Hyde of tumor growth because they can be both beneficial and detrimental in a tumor. “Mast cells are involved in the body’s immune responses to bacteria, ticks and intestinal parasitic worms, but they also cause allergic reactions that contribute to diseases such as asthma, rhinitis and atopic dermatitis,” explains Starkey.

The mast cell tumors included in the research study were from 12 breeds, including Labrador and golden retrievers, and boxers, and 6 cross breeds.

“A number of the genes identified are known to be involved in the metastasis of human tumors and drugs targeting some of these genes are already in clinical trials, or being investigated in preclinical studies. Such drugs could ultimately be trialed on dogs with mast cell tumors that are predicted to metastasize,” he notes.

“Our future research will also attempt to establish the causes of each of the changes in the levels of the gene products in mast cell tumors that promote mast cell tumor metastasis. Several possible causes could themselves be targets for the development of new anti-metastasis drugs.”