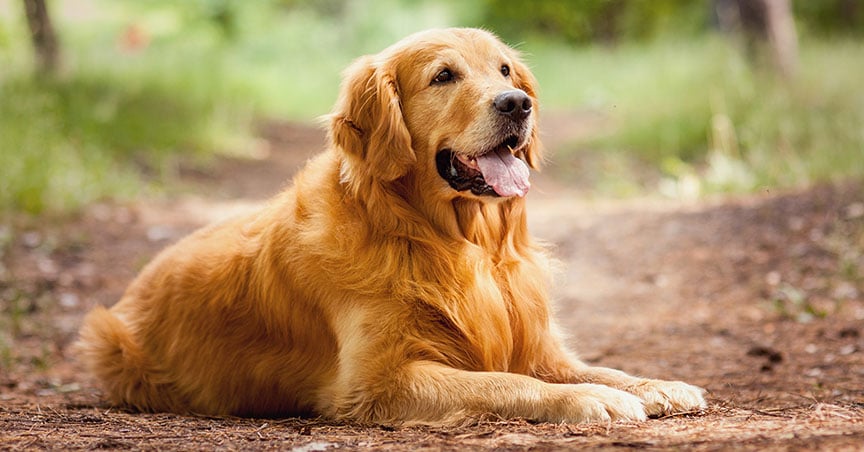 Denver, Colorado – Dogs that receive omega-3 fatty acid supplements or have hypothyroidism may be less likely to develop T-zone lymphoma (TZL). Those are two findings from Morris Animal Foundation-funded researchers at Colorado State University, who studied associations of environment and health history of the disease among golden retrievers. They published their results in the Journal of Veterinary Internal Medicine.

“Although controlled prospective studies would be necessary to firmly establish protection by omega-3 fatty acids, our observations raise the possibility of a simple intervention that may help reduce the frequency of this disease,” said Dr. Anne Avery, Associate Professor, Department of Microbiology, Immunology and Pathology at Colorado State University. “We were also a little surprised to discover that defective genes that lead to another, seemingly unrelated disorder – hypothyroidism – are more common in dogs that do not develop T-zone lymphoma.”

The questionnaires covered a variety of topics, such as vaccination history, potential exposures to toxins and living situations. In the blood samples, researchers tried to identify areas in the dogs’ chromosomes that were associated with having or not having the disease.

“This is a fascinating study that not only indicates one actionable measure, but also opens multiple other avenues of research,” said Dr. Janet Patterson-Kane, Morris Animal Foundation Chief Scientific Officer. “There are many questions we can investigate to ultimately try and prevent this disease from taking dogs from their owners.”

T-zone lymphoma is a slowly progressive form of the cancer that usually develops in older dogs, comprising about 12 percent of canine lymphoma cases. It is far more prevalent in golden retrievers than any other breed, accounting for a third of all cases. While the study focused on golden retrievers, Dr. Avery believes the underlying causes of the tumor are shared across breeds.

Researchers recruited dogs from Morris Animal Foundation’s Canine Lifetime Health Project, a registry of dogs whose owners are interested in participating in clinical trials and other studies to improve canine health.

The CSU team performed diagnostic testing on a select set of dogs in the Canine Lifetime Health Project Registry to establish a group from dogs within it that were diagnosed with T-zone lymphoma. The researchers drew their control group dogs from the registry. Many of the dogs were entered into the registry to be enrolled into the Morris Animal Foundation Golden Retriever Lifetime Study, but were too old to participate in the Study at the time of their enrollment.

Morris Animal Foundation’s mission is to bridge science and resources to advance the health of animals. Founded by a veterinarian in 1948, we fund and conduct critical health studies for the benefit of all animals. Learn more at morrisanimalfoundation.org.

Read about new cancer therapies for mucosal melanoma in humans, dogs and horses

Learn about a new procedure that fights cancer in dogs