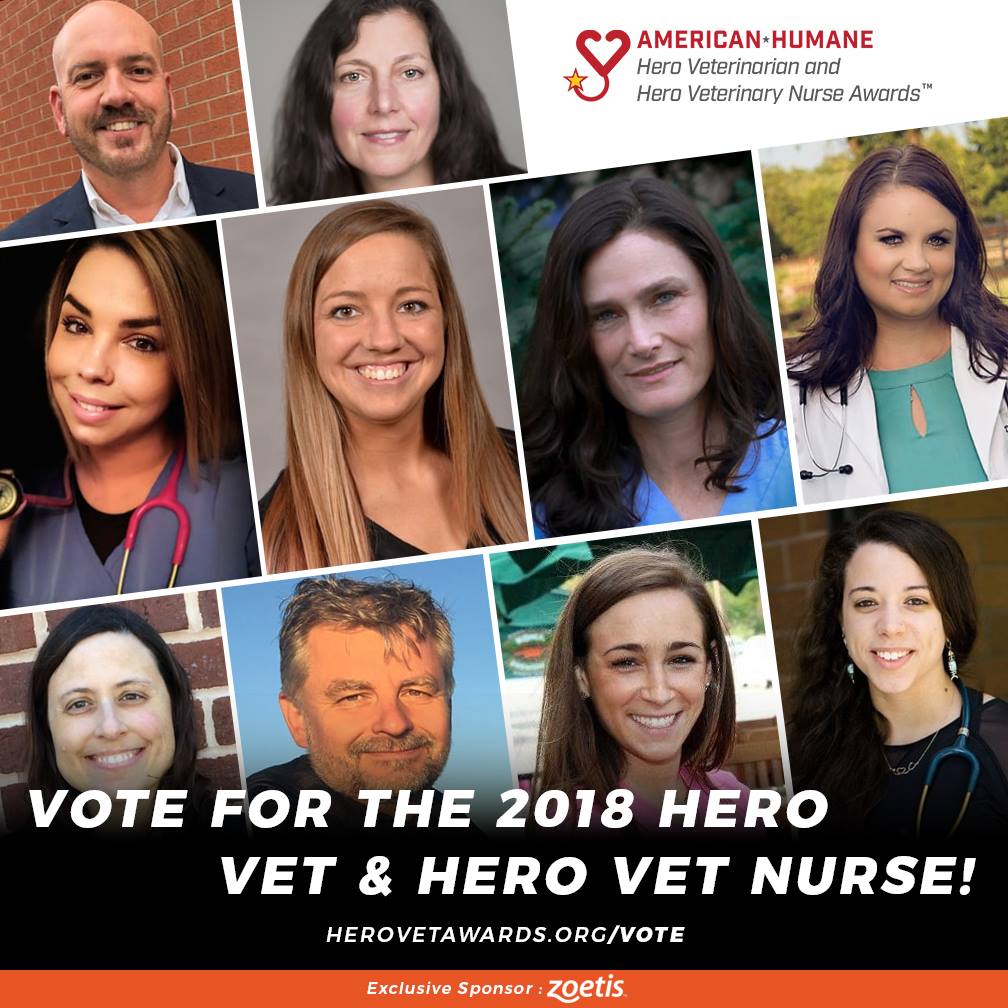 The nomination period for the fifth annual American Humane Hero Veterinary Nurse Awards officially closed earlier this month. The awards honor the heroes who dedicate their lives to making a difference in animals’ lives through delivery of outstanding veterinary care. More than 200 nominations were submitted by the public, and the panel of judges voted to determine the top five veterinary nurses. One winner will be chosen and awarded with a trip to Hollywood for an awards ceremony that will be broadcast live on the Hallmark Channel.

Here are the five astounding veterinary nurses nominated for making waves in their respective communities:

Vote for your favorite veterinary nurse at herovetawards.org/vote each day until 12pm Pacific Time on August 2!