Dr. Earl Rippie, Jr, age 74, passed away on June 24, 2016. A native of Bell Buckle, Tennessee, and a resident of Mt. Laurel, New Jersey, Dr. Rippie served as the President of the NAVC from 1999 to 2000. Dr. Rippie graduated from Tennessee State University in 1963 and the Tuskegee School of Veterinary Medicine in 1967. He worked as a small animal practitioner and was the owner/director of the Pennsauken Animal Hospital in Pennsauken, New Jersey.

Today’s Veterinary Nurse sat down with Editor in Chief Lynne Johnson-Harris, LVT, RVT, to talk about Dr. Rippie’s impact not only on veterinary medicine, but on the role of veterinary technicians in particular. 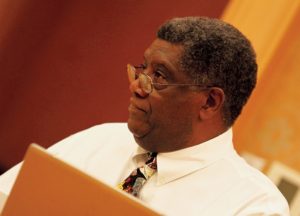 What is your best memory of Dr. Rippie?

One of my favorite memories of Earl is from an NAVC Board of Directors Spring Meeting. The meeting was at Earl’s favorite destination, St. Maarten. He was so proud to show off the area, and he was so loved there that the locals referred to him as “The Mayor.” He shared his island and his friends with the Board and made our meeting one of my favorites.

In what way did Dr. Rippie influence the world of veterinary medicine, particularly for you as a veterinary technician?

Earl influenced veterinary medicine in many ways; however, my experience with Earl was as a colleague and mentor on the NAVC Board. I was the first veterinary technician invited onto the Board, and he valued veterinary technicians in realizing and promoting what our community offers to the health and well-being of animals. He took me under his wing and shared processes and procedures of the Board and NAVC that made me a more productive Board member.

Why is Dr. Rippie special to NAVC in particular?

Earl served not only as an NAVC President but also as the Secretary–Treasurer of NAVC from 2007 to 2014. The financial health of NAVC was extremely important to Earl.

Why is Dr. Rippie’s passing a loss to the veterinary community?

Earl’s care and compassion for the profession was always foremost on his mind. He will be missed in more ways than can be described. Personally, I will miss his amazing smile and bear hugs. 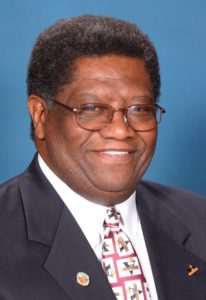 An avid traveler, Dr. Rippie traveled to over 30 countries in his lifetime. He was also an enthusiastic Philadelphia Eagles fan. A celebration of his life was held on July 16, 2016.

Getting Your Life Unstuck